The Private Citizen 119: Authoritarian Consequences of the Pandemic 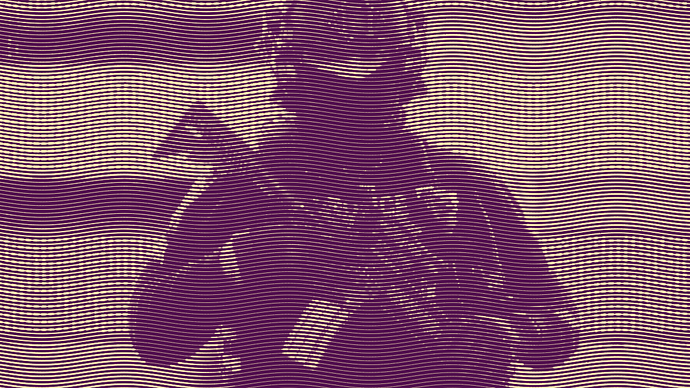 The Private Citizen — Episode 119: Authoritarian Consequences of the Pandemic

The media landscape is breeding a generation of citizens that is getting taught to respect the authority of the state above all. No matter what the current issue of the day is, the pandemic, the War in Ukraine or climate change, it all boils down to...

A great episode, and, as usual, I agree with most of the things you’ve said. There was, hovewer, one point you made in passing closer to the end of the episode I think I disagree with.

Mentioning the Russian soldiers in Ukraine, you said they were almost kids and brainwashed by propaganda, so they can hardly be held responsible. While I agree most of them are basically kids and brainwashed, and while I totally think people who are sending those kids there are to be blamed first and foremost, I still think holding these soldiers fully resposible is the right thing to do.

I’ve been giving this question a lot of thought lately: where should the blame and the responsibility lie, between people who call shots and people who do the shooting. These situations are a wide variety, but I think each one of them can be placed somewhere on a single spectrum, and that spectrum has two extremes.

On one end of the spectrum is a situation where a pilot is landing a plane at a big international airport with a lot of traffic, at night time, in bad weather and poor visibility. The pilot, naturally, has insufficient information, and trusts the control tower with his plane and his passengers. If the control tower gives the pilot some directions, and following those directions leads to a disaster like a mid-air collision, all the blame and all the responsibility goes to the control tower. The pilot is innocent, that much is obvious.

The other end of the spectrum is a gang that robs a person in an alleyway. The gang does have a leader who calls this shot, but every member of the gang understands that what they are doing is a crime. When the gang is caught, the leader, arguably, should be punished more than the regular members, but none of the regular members should get punished less (and, of course, getting excused is completely out of the question) because they were told (by the leader) to do what they did. Every single one of them knew what they were doing was wrong and illegal, or at least was supposed to know it.

Call me unempathetic, but a religious fanatic committing a crime because she was told to do so by her spiritual leader, and a soldier participating in an act of armed aggression because he was ordered to by his superiors are closer to the gang member than to the pilot in my opinion.

Even more. In Russia (and in some other countries, too, AFAIK), a person who killed someone in a road accident is punished more severely if the person was drunk or on drugs. It seems unjust medically (when you’re drunk, you have less control over your actions, so you should bear less responsibility, right?), but it makes total sense socially: we do it to discourage drunk driving. The point is not to do the offender justice, the point is to keep others from even thinking of becoming offenders.

I think the same logic should apply here: a person who commits a crime acting as someone else’s tool should get more punishment, not less. It may be unjust to the person, but it would be a good insentive for an average person to start thinking for themselves, do their own research and make their own judgement.

People are lazy, and they tend not to care about things that, despite being important, don’t affect their lives immediately. However, all through my life I’ve been finding that an average person starts demonstrating a surprising amount of common sense and critical thinking as soon as the decision they’re about to make has some obvious potential to severely influence their life. And Discordia be my witness, the world does need common sense and critical thinking in people. Badly. So we’d better encourage it any way we can. Right?

In Russia (and in some other countries, too, AFAIK), a person who killed someone in a road accident is punished more severely if the person was drunk or on drugs.

I’m going to have to get back to you on that. In Canada, this was true, and may still be. However, we just had a court case where being drunk actually was used as a reason for the person to commit a crime without knowing they were committing a crime, so now we wait and see what the fallout is.

While I mostly agree with your breakdown above, there is one area that is grey for me. In a country that is using conscription, you end up with solders that would not normally be solders. When the shot caller makes the call, some of those solders are put in the proverbial between a rock and hard place scenario. Pull the trigger and commit what is to them a moral crime, or not pull the trigger and be shot by their superiors. Not a great situation to be in, and I tend to give them a little more leeway when I am placing them on that scale.

Pull the trigger and commit what is to them a moral crime, or not pull the trigger and be shot by their superiors. Not a great situation to be in, and I tend to give them a little more leeway when I am placing them on that scale.

I agree: a person forced to commit a crime deserves less punishment (and, in some cases, should be spared any responsibility at all). However, the extent of waiving this responsibility should be carefully assessed on the case-by-case basis, because it ultimately depends on how the extent of the threat compares to the gravity of the crime.

A gas station cashier is ordered by the owner to rape and murder a child, or face immediate firing. Let’s add that the cashier is actually a millionaire, and works at the gas station for lulz; the cashier’s future doesn’t depend on these wages at all. See, the crime here is kinda forced, but the threat our cashier is facing is so small it’s ridiculous, and the crime is so grave and horrible that, should it end up being committed, any indulgence is out of question, isn’t it?

Now, a guy is ordered to drown a kitten by someone who soaked the guy’s wife and three children in petrol and is ready to throw a burning Zippo lighter at them. The threat is very real an horrifying, the crime is obviously a really bad thing to do, but is not even considered a crime in a lot of places; it’s just a kitten, however cute it may be — compared to the four closest people about to suffer a horrible death. I say: “Not guilty!”

There are situations that are much less obvious. Cultural background and personal history may make an objectively miniscule threat perceived to be enormous, or make a crime look less grave. As I stated above, careful assessment is required.

The Russian conscripts (and even professional soldiers) being sent to Ukraine do face repercussions if they refuse to obey orders and go there. There are reports of professional soldiers being fired from the army, with records in their dossiers that effectively bar them from ever being hired into armed forces, law enforcement, or such. As for the conscripts, I don’t have such information (the officials state that conscripts are not being used in the Special Operation at all, despite some evidence to the contrary), but I can imagine there being some disciplinary repercussions there, too; maybe even jail time. Not to the extent of being shot, of course: since there is no war going on, the wartime laws don’t apply.

Some of the fired soldiers will have hard times providing for their families, some of the young people evading draft now will be fined and do time (up to 2 years per current legislation), those threats are quite real. How big they are, compared to the ruined cities and civilian death toll? I think I’ll leave it for the jury to decide, but I do have my opinion ready in case I’m called for the jury duty.