The Private Citizen 128: Ask the Next Question 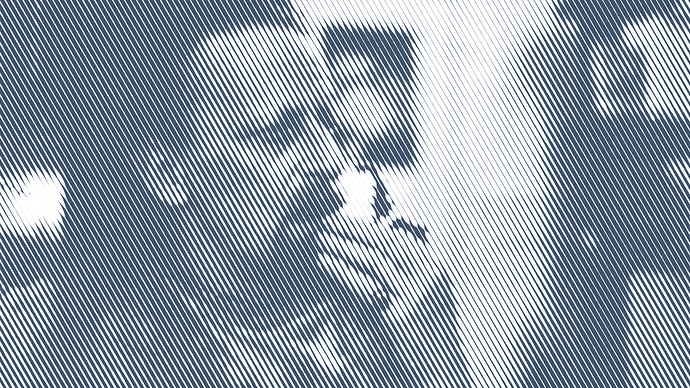 The Private Citizen — Episode 128: Ask the Next Question

Science-fiction writer and critic Theodore Sturgeon not only invented the Vulcan salute and the Prime Directive for Star Trek, he also pioneered a very interesting approach to critical thinking centred around always asking the next question.

I am replying to the episode content while it occurs to me and I have paused the episode at the feedback section.
Firstly I have always somewhat been of the persuasion to ask the next question. There are times however it can cause problems.[1]

For example when my wife has something to discuss with my and she is just expecting a neurotypical response in the affirmative my proclivity to ask the next question (on a topic that after this line of questioning I will probably affirm) can be seen as being contrarian or negative for the sake of it.
That being said there should be no reason my wife and I should not be able to have a discussion asking the next question unfortunately emotionals can get in the way. I too can feel hurt when my ideas are questioned in this way. That being said this is certainly a good tool one should do internally.
Secondly, the point about when they contacted you about the dark net rather than doing their own research. While it is possible it was pure laziness there is something in having the “expert” and the journalist. The number of times I would have loved to talk with an “expert” on a subject because I think it would have been more fruitful than my own research is significant.
Ok now it’s time to listen to the feedback

Feedback reply:
I fucked up when I said biological gender I meant sex. However, I am starting to come to your way of thinking where sex is purely about procreation &Therefore I am male in that respect ( I have gathered children). What I was eluding to regarding sex being more complicated could actually indicate biological gender. This is not necessary as anyone should feel free to be any gender they feel. However, it is often used against people who reject that a person should be able to represent their gender different to their sex. The fact that their are biological markers that could indicate that some people will feel more comfortable in the opposite or in between gender not only refutes transphobes but also validates what we might feel.
I really should link sources here but…
Please trust me when there are multiple biological markers that can be found including some weirdness with xy chromosomes and other things.

Secondly, one small point on making a disability part of your identity. I agree and disagree with what you say. I am trying to thrive and live a great life without needing to refer to my disability [1]

What I am trying to do is educate society in the challenges that may be faced by autists.

No real input from me here, just feeling the need to inform you that I really enjoyed (and continue to enjoy) the discussion.

No real input from me here, just feeling the need to inform you that I really enjoyed (and continue to enjoy) the discussion.

Thanks, man! That means a lot to me!

Earlier in the episode you mentioned climate change. I’ve been concerned about it since a kid when David Suzuki raised it as a future problem in his radio shows and books. If you don’t know him, you can think of him as Canada’s Carl Sagan with a generous helping of George Monbiot thrown in. He was the most prominent populizer of science to the public but was also an activist with the view that we must change the course we’re on or suffer dire consequences.

I’ve not been super at skepticism of these sorts of arguments. I wouldn’t say I have applied Sturgeon’s method. I have at least always allowed that my understanding is provisional but have been fairly passive in how I press my understanding. These days I read a pop science book periodically and listen to various podcasts or read feeds. Two books I read this year I liked, though they weren’t by people who were going to say, “look’s like no problem after all,” were What we know about Climate Change by Kerry Emanuel and A Brief History of the Earth’s Climate by Steven Earle. The 2nd was especially enjoyable where he’s a writer of Geology textbooks. I at one time wanted to be a Geologist.

But these treatments just scratch the surface.

One corner I have as a todo to explore is the computer models. There are a number of questions I’d ask. One is answered to some degree in Emmanuel’s book above and in the shorter summary on his website: if you discard computer models is there no other theory suggesting global temperatures increases? But being a computer programmer and having a very brief exposure to a simple computer model for waveguides in a summer job, I’d like to learn more about why it’s necessary or helpful to use computer models. I’ve gotten hints of it. In his Climate Primer Emanuel describes Arrhenius doing pretty well calculating by hand and also shows a graph (figure 2) that seems to show Arrhenius’s rough estimate of log(delta CO2) being proportional to average global temperature rise as it really happened (to the degree measurements are trustworthy and all that): https://eapsweb.mit.edu/sites/default/files/Climate_Primer.pdf
There are a number of next questions possible here, I guess. What exactly was Arrhenius doing in his 100,000 hand calculations? That’s some other theory than this log estimate, right, since we’ve have tables for logarithms for 100s of years? The two offsetting errors that cancelled each other out, uh, what are the details there? What’s going on with the y axis in that plot? I see units for temperature but not any for CO2. How is the fitting been done here? Okay there’s an upward hook in both plots but is the fit manipulable by stretching one scale or another? This isn’t how he’d really correlate two variables I’m sure, just simplified for us, so what would the real linear regression analysis look like and what do I need to review to understand that 30 years after college classes? Getting back to the computer models, if you take the simplified assumptions/inputs to those and try to use math only instead of computers can you get anywhere? Is that better? If neither is good then how do you predict? Richard Lindzen was always contemptuous of computer models. So how did he make predictions? You said something in the show I didn’t understand comparing how we test to make airplanes fly (I suspect there’s some computer models of air flow using finite element analysis or whatever – I once had some math but now am about your level I suspect). How do computer model designs vary and why? They’re typically trained using historical data. Why or why not is that an honest or realistic approach? When we use computer models for other things we also make simplifying assumptions but there’s some theory that supports the shortcuts, at least to a degree, (e.g. Transmission-line matrix method - Wikipedia, which one of my professors was studying years ago and was surprisingly understandable) and results from that can sometimes be turned into engineering work with projects that don’t fail. How do they get confidence in the models and is that completely different from how people get confidence in their climate modeling programs? How do you evaluate when a model is “cheating”, “failing”, or only good within a certain time range or level of granularity? And then what models are best, the ones that take in the most inputs and work at the highest granularity or the simplest one? I heard a scientist interviewed on Radio Ecoshock (yes, he has a certain point of view per name of show, and there’s probably a cherry picking problem or problem of who is willing to appear on a show with that name, but this was a scientist talking about her paper and he does a good job getting into their results rather than spending all the time on advocacy) who had a very simple computer model and seemed to be saying that for a basic understanding of trends the simpler model is in fact better. So what was she getting at there? (Michelle Dvorak, here: Hitting Harder & Faster – RADIO ECOSHOCK)

Don’t misunderstand me. I’m not raising endless questions to say effort is futile. Pursuing any of these questions would be interesting (but also other things that also take time, like learning Common Lisp or listening to your show.) What I would say is that coming to a conclusion on whether we’re going to have serious problems with climate change, other than by some kind of argument by authority, is similar more to discovering your general political views. It’s something I think you can only gnaw on periodically and hope that over time your views at least improve. It’s not like a news event, e.g. Trudeau invoking the Emergency Act and whether that’s justified, where I think you can spend a couple hours reading the law reviewing and what reporting there was of the protests and feel on somewhat solid ground. Not that you couldn’t push yourself to ask the next question, and not that I would say my view on that is non-provisional either, but it’s qualitatively different. There’s a law that says something in writing. There were people who, to the degree I can know from afar from reporting, were or were not doing anything threatening to the country. There are complex systems here I suppose - a human is one - a political system is another - and yet I feel I can hold the things I need to hold in my head simultaneously and reason about them. Not so with earth’s athmospheric and ocean systems.

So on the climate change thing I guess I should do what I do with all my many potentially life consuming TODO lists and put the questions in an emacs org-mode document. That’s at least incrementally better than randomly (but not randomly enough) and passively consuming various features and books. If you have good sources to recommend I’ll put them in my org-mode document too. I do sometimes (not enough) read things from Judith Curry’s feed and Ronald Bailey from Reason to get out of my bubble, but I don’t have so many skeptics I’ve been reading. A lot of Curry’s references are very difficult, since she’s I think on a dual mission of informing the general public and giving scientists she feels are suppressed a platform. I did read Bjorn Lomburg’s The Skeptical Environmentalist way back, but he wasn’t really discussing atmospheric science much that I recall. Is his new book worthwhile? But maybe a Geologist or Atmospheric Scientist who’s not trying to sell you on it being a problem (Steve Earle had a definite point of view even if mitigated by him enjoying explaining earth systems) would be a better read for me. Astrophysicists seem often very good writers. Anyone writing interesting pop climate science from that camp?