The Private Citizen 124: When Doing the Right Thing Actually Isn't 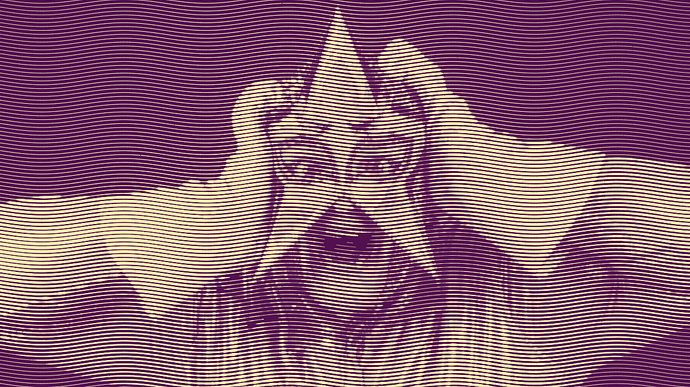 What happens when you’re a game developer and you put stupid political statements in your patch notes? Stephanie Sterling makes a video about it and you get banned off Steam. Surely that’s a good thing? Hi Fab,
I am writing feedback on this episode mostly to talk about myself. I think I agree with most of the points you made but I have a few pieces of nuance to add. However, first about me.
I very recently identify as non-binary; this is something I have wanted to share with this community but it did not come up in general conversation and did not feel the need to drop in in to conversation out of context (AKA Star Trek Discovery)(However, I think I actually like ST:D but more on that later). Technically I identify as a bearded autistic man that wears a dress however I use the gender identifier gender queer which pretty much sums up my outward gendered appearance as weird (which I am OK with).
The reason for including autistic here is that while inwardly I kind of identify as male but not a typical male.
OK, enough about me. Firstly lets talk about content creators that publicly espouse transphobic, or other poor behaviours. There are 2 examples of this in my life. Harry Potter and JKR who is a known TERF and transphobe, and Joss Whedon for his alleged behaviour with actors. Harry Potter is not a deep fandom of mine but I enjoy the films, however Joss’s entire cannon are formative works from my childhood.
Both of these works I have no problem continuing to enjoy and separating the people from their work (and enjoying the work of other good humans). Sometimes I wish there was a way to continue to support these works while not contributing to the coffers of JKR or Joss but that might not be possible.
While there is a (all be it tiny) direct link to transphobia in the case of this video game I do not agree with Valve’s sensor ship (other than to remove all references of this language if possible or appropriate (I have not actually gone and read what was written)).
When it comes to this level of censorship do not agree. I believe that in some cases it may be appropriate to self sensor (not necessarily in the cancel culture way) but there can be situations where as a personal choice you may not buy a game you might otherwise enjoy if you did not want to support the individual person. But that is up to me as an individual not a company to make that choice for me.
Last point: there was something that came up for me when you talked about subtle vs overt representation. I think I agree with your overall sentiment but I wanted to add one point. As a non-binary, bisexual, autistic man I have recently come to realise that many tv shows and movies have not represented me up to very recently. There are a number of shows I have watched recently that have done an excellent job of representing autistic, trans, nonbinary, and other sexuality, etc. In an excellent way. There are also others who have done it in a tokenistic terrible way. When this is done well it has a profound affect on me. To actually be seen on screen is so moving. I am able to watch the types of TV shows

I am going to reply to your reply to this here then try to link here on 127.

I appreciate this podcast is not related to trans or neurodiversity so I will try to be brief.

Prior to your reply I had not investigated the claims against JKR which sounds like poor form on my part however at times it can be quite emotional to do so. Thus I generally try to avoid the subject in detail however the subject cannot be avoided when you move in trans spaces.
The comment initially was just an example to illustrate my point regarding personal choice in supporting creators you disagree with. However, I have now done a little research into JKR’s Trans Exclusionary content.
This article is a great start and the resources linked are fantastic. I did not follow every link but this (long) video covers it also (including additional references.
The take away message here is:

Autism and Neurodiversity
I do agree that autism is a very broad diagnosis. The old addage in our community is “If you have met one person with autism, you have met one person with autism”. The idea is yes we are all different however amongst our community we share a few things in common. I may have difficulty A, E, F, G while another person may have difficulty B, E, G, H. Hopefully that makes sense.
The point you make about could you be autistic if I experience / relate it is possible you could[2] be but your current situation is managable. I only recieved my diagnosis this year at 38 years old. This was preceded by a few years of research brought on when my previous coping strategies were stretched to their limits by a change in job and family situation. (I am a teacher which after 6 years I have decided is no longer suitable for this[3] autist; in the same year I started teaching my wife fell pregnent, eventually giving birth to twin boys[4]).

However, I will argue against something else you may have eluded to if I understood correctly “isn’t everyone a little autistic”. This is something that we hear frequently. While neurotypicals and alistics can experience some of the same difficulties as autistics and neurodivergent individuals the difference is severity and pervasiveness. What makes me autistic (a recognised disability) is that it affects my entire life in a way that makes my life. I am not sure if I have explained this well (especially since I both said yes you could be autistic, and no not everyone is autistic).

Star Trek: Discovery
You requested that I say more on my like of ST:D I will say it is not my favourite show. I have still not finished the latest season as it does not get prime viewing for me (and I am currently busy studying (not to be a teacher anymore), working, recovering (from living in an alistic world)).
I enjoy ST:D and I have not found anything objectionable in the content. I did raise an eyebrow to Michael’s character at first but then moved on. It has been a few weeks since I watched and sporadically at that so I cannot say more. Perhaps if I did try to watch it all in one sitting it may grate on me more or I may have more to say.

Representation
I understand what you say about media representing society Trans and Non-Binary individuals make up 1.6%[5] of the population so 2% representation on screen is fine. However by that logic the population should have many more Superheroes, Action heroes, etc. What I mean here is media tells a story for the benefit of the viewer not necessarily to represent reality and all of society. The benefit of increasing representation (across many under represented groups) is two fold.
a. As mentioned the effect on these groups is profound
b. Educating the rest of society about the reality of these groups

I not proposing we need to shoe horn characters in where they do not belong for the sake of tokenistic representation. Telling these stories incorrectly without authenticity will do more harm than good.

OK I think that will do it for now. No need to include this feed back in the next show it is longer than I had intended. I have no issue should you want to.