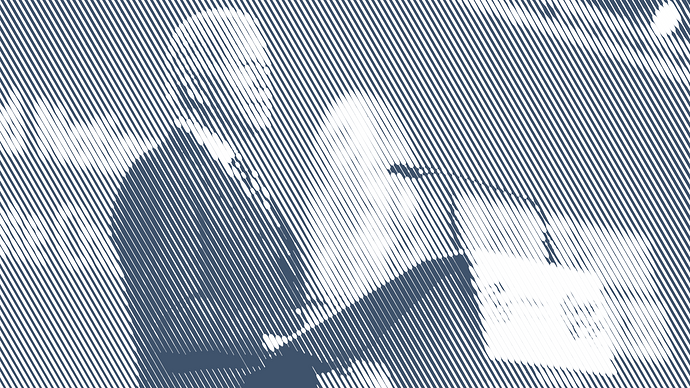 On this special episode, Mike and myself are having what will probably be the beginning of many conversations on climate change, climate activism and their impacts on our civil rights and other aspects of our lives.

@fabsh, you asked for exactly this in episode 100, so here you go:

Re trees not being a carbon neutral source of power: dude, you’re full of shit! Plants don’t source carbon from the soil (well, some do, but that’s a miniscule percentage). Plants, by virtue of photosynthesis, capture carbon dioxide (CO₂) from the air, separate the carbon atom (C) from it and release the resulting oxygen (O₂) back into the air. Other chemical elements they need plants usually do get from soil, but not carbon. So when you burn a tree, you’re returning what carbon it has captured from the athmosphere during its whole life back into the athmosphere, which is exactly why it is considered carbon neutral.

I have to agree with both sides here, having previously worked in this industry. nekr0z is absolutely right about the actual tree portion, however there is also the human portion.

In almost all cases, people drive to work in the forest, haul large equipment into the forest, use separate pieces of large equipment to cut, move, process, and load the trees. And then use large trucks to haul the trees back to civilization. All this happens before the tree is even converted into a form that is used for anything. Each piece of equipment I mentioned above is burning fossil fuels, and with the exception of the personal transport, each piece is burning hundreds of liters of fuel per day.

Now, don’t get me wrong, I am not against this process at all. The economic and environmental benefits are all there to be seen. What I am against is how politicians and media have branded this carbon neutral when it clearly is not. This is much the same as electric vehicles being green, as long as we choose to overlook the mining and power sources for them. All smoke and mirrors.

Climate stuff is deep topic. Putting everything under green umbrella doesn’t help it, and look like media buzz word.
Pollution is important, and is local (region/country). Putting it with GLOBAL WARMING make pollution seem not important to people (thanks, Greta).
The alarmism of the model (we gonna die in 10/15/50 years), and not changing the way of drumming the idea for the last 30 make it all seem fruitless (and just reason to have more taxes)

From talking/hearing to several people over the years, it seem lot of them don’t know what is global warming (whatever definition there is), and don’t know how the green laws suppose to help with it (including elected government people).

The ‘Not in my back yard’ is bigger influence than ‘how it be done’/‘how much it will cost’ - rolling problem to future generations or moving the problem to other countries.

Since I posted the Siebert / Rees article, let me clear up something about Meghan Siebert’s suggested approach to population reduction. I first heard her in an interview with Alex Smith of Radio Ecoshock, here: Is “Green” Energy a Dangerous Myth? – RADIO ECOSHOCK where she explained it. This show is part of my regular entertainment lineup along with TV Nuclear Holocaust and my goto self-help book, From Living to a Pile of Ash in 10 Easy Steps – A Simple Cure for Depression. In all seriousness, though he’s definitely biased to doomsaying, he has real, published atmospheric scientists on his show and gives very intelligent interviews IMO. She obviously has dealt before with assumptions that her depopulation approach implies authoritarian techniques but claims, no, you reduce birthrates by educating impoverished women and by some kind of incentive program in wealthy countries. I don’t know how realistic all that is. To be honest I followed one of their references and was disappointed to find it only to be another opinion piece in the same vein as their own, so my skepticism increased some. I think they may actually be using pieces put out by shills of the oil industry against renewables and electrification to support their ecosystem first agenda.

Speaking as someone long influenced by environmental activists and a sometimes lefty mclefterson, and qualifying that the following observation may be U.S. and Canada centric, left wing politics and environmentalism have unfortunately become inseparable. I grew up reading a Canadian environmentalist and science popularizer named David Suzuki (SteveB will be familiar with him). Their article reminds me very much of his views.

The take is that modern economies are misguided because economics is an abstraction divorced from reality. Reality concerning human (and other animal) survival is in this view first of all a function of ecology. It’s not enough in this view to speak of economic externalities that need to be priced into the market, of tweaking production with regulations, carbon taxes and especially not emissions trading or offsets. Rather these people would have their own (left wing) brand of economics and radical political systems.

Recently I see activists gravitate to Kate Raworth’s Donut Economics, and that’s on the moderate side. A common trope is that we simply need to follow the way of indigenous people who understand nature having lived in harmony with it for centuries. Presumably these are the indigenous activists against pipelines, etc. (and to be fair, these are the most dedicated activists most willing to put themselves on the line to stop such things) and not those first nations councils in favor of said infrastructure to provide jobs and profit sharing for their communities.

The environmentalism and the belief in some quasi-anarchist back to nature pipe dream and hostility to business and technocrats often goes hand in hand. In many cases it’s hard to know whether the environmentalism is opportunistic to support radical politics or whether it was the impetus for the radical politics in the first place, the pollution and species extinctions having been an indictment of our businesses and economic system.

I sympathize with these people and share their views to some degree, but we also do seem to justify Fab’s concern that’s nicely summarized by Judge Brandeis, “The greatest dangers to liberty lurk in the insidious encroachment by men of zeal, well meaning but without understanding.” The problem I have with my own view and the sorts of people I vote for (since, let’s face it, the Democratic party in the U.S. can never be counted on to reduce the nukes or military budget as I would like and will slow-walk or outright kill meaningful CO2 reduction bills to win swing states) is we’re more or less all loons with no understanding of macroeconomics or how the system of modern production and supply chain functions, or how entirely dependent we are on it.

The ideal maybe is for “my side” to set the agenda and the “other side” of the spectrum be stuck with how to implement it. What I’m seeing is that when I try to join a local environmental group I’m finding some good measures – some of these people really do know their stuff – but also weird stuff like we’re supposed to protest an electrical substation as “fossil fuel infrastructure”. Wha? Or take another local example. I think northern europe has shown that a realistic way to do wind and solar is to combine it with hydro from countries further north of you. Unlike nuclear (I guess the French manage, though) it doesn’t take a day to start up or shut down hydro power. You can switch it into the wind or solar gaps quite nicely, much like a gas peaking plant but without the emissions. (Steady baseload supplying plants may not be as much of an advantage as you guys think when combined with sufficiently high intermittent supply, not if it isn’t easily turned down when needed, or at least not unless you can put excess power into making hydrogen or otherwise storing or putting it to use.) But wouldn’t you know we couldn’t get the transmission line approved to get at Quebec’s hydro power with the environmental lobby split on the issue. And always it’s the small scale, the grassroots, home panels not utility scale, microgrids not widely distributed with power lines that’s favored with no analysis of the costs or scalability of each option whatsoever. Oh, and no one better make a lot of money putting the new stuff in place, especially not a company that’s ever made money selling oil.

This not understanding our limitations and biases as left wing people seems a fundamental and critical error. But the right here is not engaged in the problem whatsoever, so we don’t get their potentially better solutions to contend with ours, only a bunch of shills for oil, gas and coal, or people who would defend their god given rights against those who would take away their SUVs, golf courses and heated pools.

Blah, I guess that should be all the writing I get to do here for awhile.